Hopefully if you follow these tips your pictures may be a bit better a bit more often. Beware – rules are made to be broken – so nothing is to be followed hard and fast!

If it’s worth taking – take it three times from three positions. Move yourself off the path, don’t just stand – crouch down and take the shot. How about standing on a boulder and taking a shot from above? 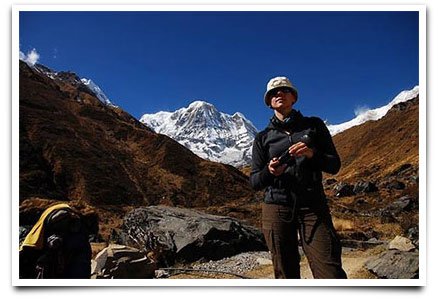 Because Jim has crouched down to take the shot from a lower angle the composition now includes a fantastic horizon and makes the subject seem so much more interesting! 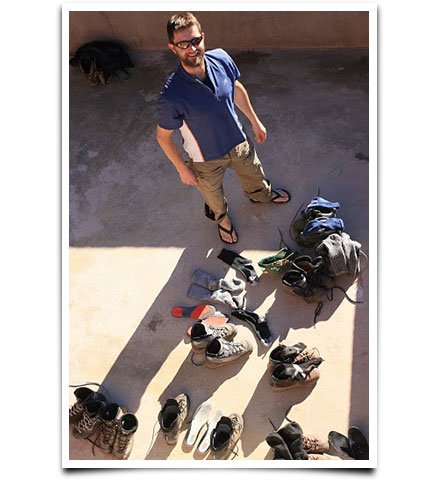 Imagine how boring this would have been had the shot be taken horizontally at head height.

If you’re a complete novice you may not have heard of this and if you’re a pro you may scoff at this – but it’s a simple rule that can add a wonderful aesthetic to your composition. Imagine a noughts and crosses grid on your camera screen and try and to place your subject to one side on a thirds line – better still is to place your subject where two thirds lines intersect in a corner. 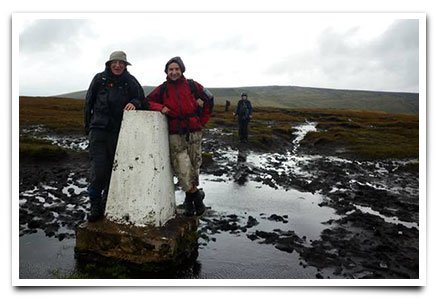 Because Tony and Peter are on the left, means they don’t obscure the rest of the picture allowing the eye to see into the horizon. 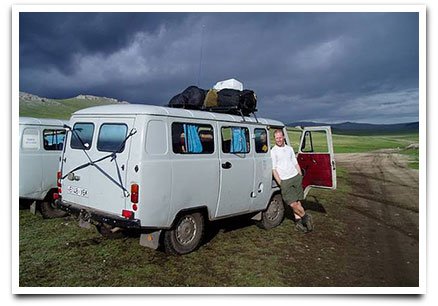 The subject is one third in from the right. This allows space for the line of the van to draw the eye to the subject and beyond into that fabulous sky and horizon.

3. Where’s the light shining from?

If it’s from behind it will make your subject a silhouette, and if it’s from the front the subject can lose all its features and be flattened. Try changing the angle of the shot or the subject so that the light is side-on or at an oblique angle. 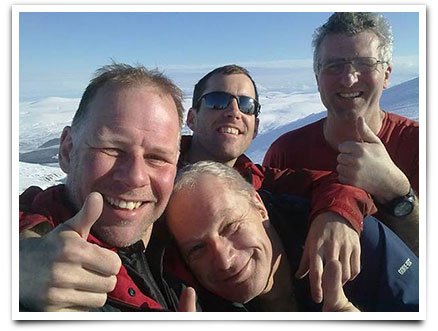 The sun is up and right (behind the camera) giving the subjects’ faces shade, depth and form. 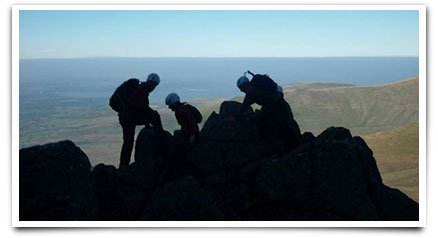 The lack of light creates silhouettes from the subjects giving this picture that exposed and isolated feel … Intensifying the feeling of adventure maybe?

The best light is to be had is at dawn and dusk when the colours are a warm glow. This is the perfect time of day for the scenic landscape shot. 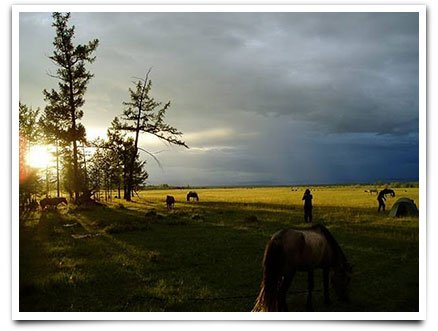 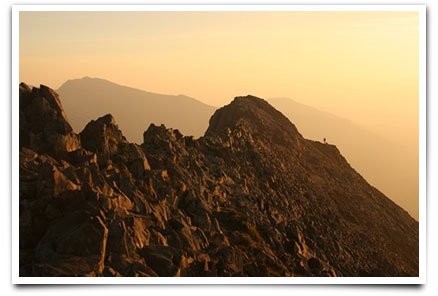 Do your shots look two dimensional? Use foreground interest or a linear feature to give your picture some depth. Fences, roads, rivers or a group of people walking in a line can lead the eye into the picture and at the same time provide it with that vital three dimensional depth. 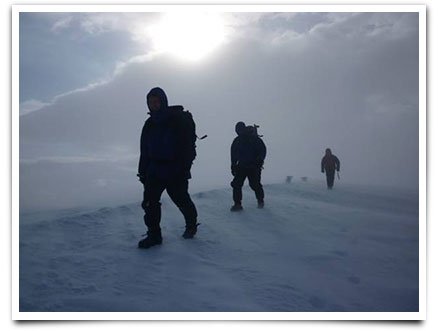 Given that the light is awful, a depth of field is still achieved with this line of walkers by taking the shot at this oblique angle. 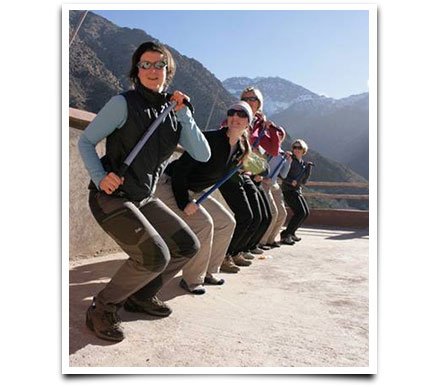 What’s beautiful – the sky or the ground? Whichever one it is – it should dominate the picture by two thirds. Also try to get the subject to angle their body so that it leads the eye into the picture. If someone is facing you it can make a barrier to the picture. 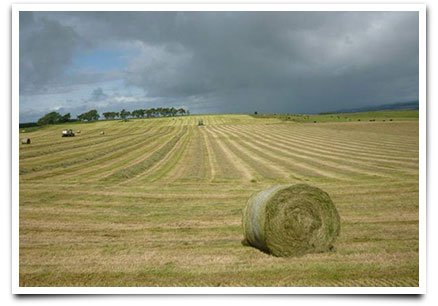 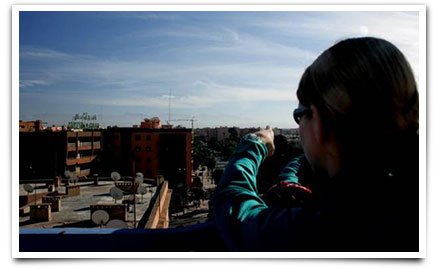 Anna faces and points to the horizon – if it had been important to see her face she could have looked back over her shoulder into the lens of the camera.

7. Use the right settings

Landscape/scenery mode on your camera will try to put everything into focus (and use more memory on your card) but this isn’t how the eye sees things. So use your settings with care. For example use portrait mode to focus on the subject only and to give the subject softer skin tones to make a more flattering picture. If you need to take an action shot slip it into sports mode and take about ten fast consecutive shots – one of them will be the one! 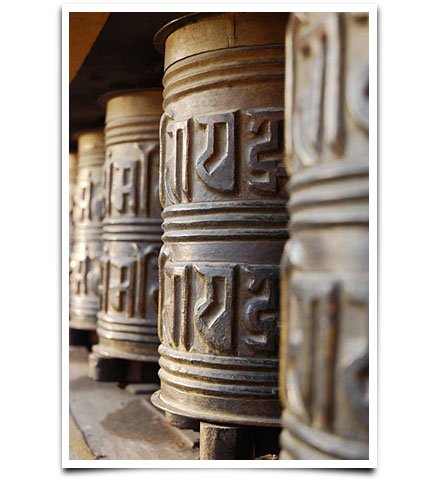 Taken using the portrait mode this picture superbly replicates how the eye would see them.
Rock Climbing weekend Aug 2010 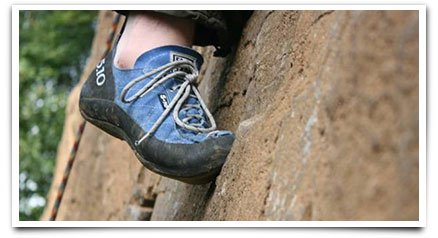 Nothing else is in focus but the subject: using portrait mode here focuses the eye on that ‘smearing’ toe, lending us the feeling of tension that the climber must have been experiencing.

Use a tripod or a jam jar or a stone wall or whatever is to hand to rest your camera. For those long exposure shots in poor light keep your camera still by resting it on something and then using the timer function to execute the shot. 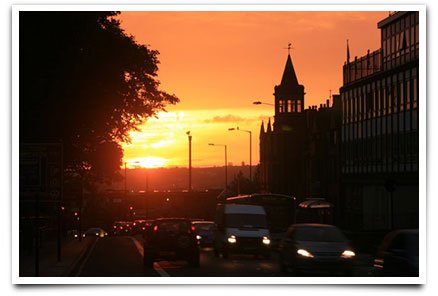 9. Switch off the flash

Try and avoid using the flash as much as possible. The flash will fill all shadow and so rob from the subject its depth and relief. Try using a night/low light specific setting and keep the camera still (see point above). 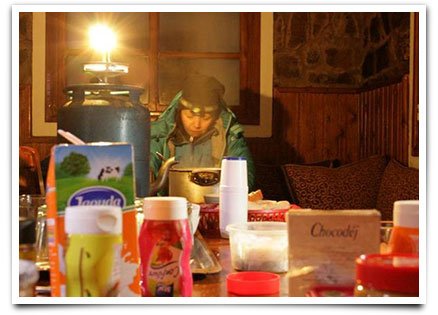 Use of a flash here would have destroyed the mood of the scene – dark and poorly lit as it was. Instead I rested the camera on a coffee pot, kept it still and took the shot!

Basic photograph manipulation is easy with all sorts of free software and can work wonders for your pictures allowing you to better frame or place your subject. If nothing else, experiment by cropping your pictures to enhance the final effect. (Download Picasa from Google for free here).

Footnote: I’m a blessed man to so often find myself in some gob-smackingly beautiful places and hence it’s only natural that I am interested in photography. I’m no pro-photographer or expert by any measure, but I have learned a few basic tricks over the years mostly from other enthusiasts. I hope these top tips will be of some use to you – now get clicking!

See these albums too:
Colin Prior – the daddy of mountain photography
Davide Nesti – an album I saw through Facebook – well worth looking at
Dave Lucas – professional climber (not photographer) with some great shots from his trips

At the start of this year I set about writing up Ten Great Peak District Walks, but couldn't finish the tenth route since I didn't have any decent pictures. So at last I have had the opportunity to head to Dove Dale and complete a wonderful 7 mile round and to get a few. Accompanied as ever by man's best friend, Monty. #handsomedog #dovedale #will4adventure #peakdistrict #peakdistrictwalks #raynardscave #thorpecloud @ Dove Dale, Peak District ... See MoreSee Less